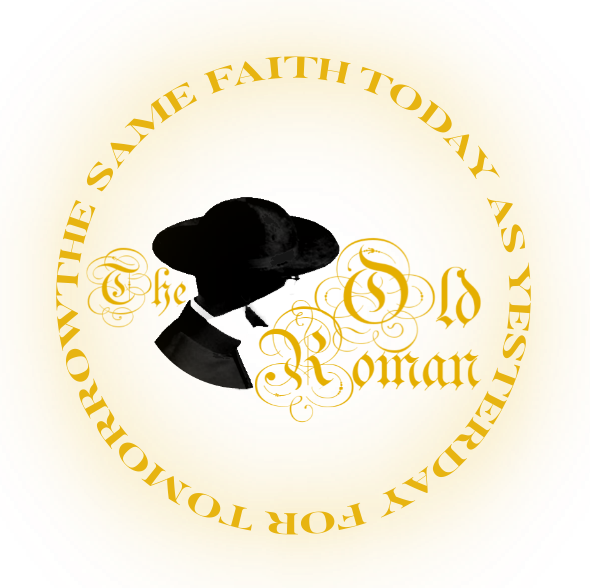 AGAINST THE TEN COMMANDMENTS

Have you doubted in matters of faith? Consulted fortune-tellers? Believed in dreams? Made use of superstitious practices? Gone to places of false worship and taken an active part in the religious services of a false church? Belonged to Masons, Communists, of some other forbidden society? Read anti-Catholic books or papers? Neglected religious instruction? Omitted religious duties through fear or ridicule? Murmured against God, or despaired of His mercy? Have you rashly presumed on His goodness in committing sin? Did you pray in time of temptation? For your family? Have you neglected your daily prayers? Have you recited them carelessly, without devotion, thoughtlessly? Have you missed spending a reasonable amount of time in thanksgiving after Holy Communion? Have you been irreverent toward God, sacred persons, places or things? Have you associated with people who might have a bad influence upon your life? Have you refused to place signs of faith in your home, such as a crucifix, picture of the Blessed Mother or the saints?

Have you taken the name of God in vain? Laughed at the profane use of the name of God or irreverent speech by others? Given bad example to children by such speech in their presence, or by neglecting to correct a child when irreverent or profane language was used? Spoken disrespectfully of the saints or holy things? Allowed others in your household to do the same? Sworn falsely, that is, called upon God to witness the truth of what you were saying, when you were in reality telling a lie? Sworn rashly, or in slight and trivial matters? Have you cursed persons, animals, or things? Have you blasphemed, that is, used insulting language expressing contempt for God, His saints or sacred things? Have you caused others to do so? Have you criticized God's mercy or justice, or murmured against His providence?

Have you assisted at Mass on Sundays and Holydays? Have you been late for Mass? Behaved properly in Church? Have you performed or commanded unnecessary servile work, bought or sold without necessity, or in any other way - gambling, drinking - profaned these holy days?

Have you shown due honour, love, gratitude and obedience to your parents? Have you shown due honour and obedience to your pastors and other lawful superiors? Have you asked their pardon when you hurt them? Have you been disrespectful to your parents by speaking angrily to them, saying unkind, harsh words to them and about them, or by being ashamed of them? If you are a parent, have you shown this lack of honour, love and gratitude to your parents in the presence of your children? Have you criticized them and rejected some of their orders? Have you corrected and punished your children for serious transgressions, or forbidden them to enter serious occasions of sin? Have you cooperated with teachers in the education of your children? Have you refused to send your children to Catholic school when you could have done so and had no permission from bishop or pastor to do otherwise? If there is no Catholic school in your vicinity, have you sent your children to catechism faithfully? Have you taken an interest in their catechism lessons? Have you cooperated with the Pastor and the Sisters in the projects sponsored by them to stimulate the children's interest in the faith? Have you trained and corrected your children in regard to chastity? Have you been disrespectful to aged persons? Have you had proper care for children and those dependent on you - both in physical and religious matters? Above all, have you given them a good example? If you are a child, have you refused to speak to your father or mother? Have you resented them? Have you disobeyed your parents when they gave you orders to avoid bad companions or dangerous occasions to sin? Have you obeyed the rules they made concerning persons to be brought into the house, the hours to be kept at night, or the conduct within the home? When earning money, while living at home or while still subject to your parents, have you refused them part of your earnings when they needed it or demanded it? As a citizen, have you obeyed laws of the city and country made for the safety and well-being of all?

The fifth commandment forbids: Murder, suicide, criminal neglect that might cause serious injury or death to another, serious anger and hatred, abortion, mercy killing, the use of narcotics, sterilization, drunkenness, help extended to another to commit a mortal sin, fighting, anger, hatred and revenge. Have you procured, desired, or hastened the death of any one? Have you been guilty of anger, hatred, quarrelling, revenge? Used provoking language, insulting words, ridicule? Refused to speak to others? Caused enmities? Given scandal? Did you eat or drink too much? Have you been unkind, irritable, impatient? Have you provoked others to anger offended them, hurt them by anger or impatience? Have you entertained thoughts of jealousy, revenge, aversion, resentment or contempt of others? Have you kept company with those who drink to excess? Have you encouraged them to drink? Have you jested about their drunkenness? Have you neglected your health or endangered your life? Have you neglected to take care of the health of your children or those subject to you? Have you endangered the life of others by driving an automobile while intoxicated or caused real danger to the safety of others in any other way?

The Sixth and Ninth Commandments

These two commandments demand purity and modesty in our life: in our thoughts, words, and actions, whether alone or with others. In general, these commandments forbid: adultery, fornication, self-abuse, indecent dressing, necking, impure kisses, impure dancing, impure talk, sins against nature, birth control, impure touches, petting, looking at impure pictures, dances, floor shows, movies, or reading impure books or magazines. Have you been guilty of impure or immodest thoughts, words or actions - alone or with others? Have you spoken words or phrases of double meaning? Have you told suggestive stories? Have you encouraged others to do so? Have you taught others to do this? Have you avoided occasions of sin in this matter? Have you guarded your sight, or allowed your eyes to wander in curiosity over obviously dangerous objects? Have you put yourself in an occasion of sin by reading bad books, looking at indecent pictures, keeping bad company, attending immoral performances, watching indecent movies or television programs, singing lewd songs, and the like? Have you distributed obscene books or magazines? Have you informed others of places of distribution? Have you encouraged others to read them? Have you desired to do impure things? Have you been an occasion of sin to others, by your conversation, dress, appearance, or actions? Have you touched yourself impurely? If you are married, have you committed sins of impurity with another married or single person? Taken part in prolonged kisses and embraces with others beside your partner in marriage? Have you used contraceptive means in performing marriage duties? Have you, without good reason, refused or neglected to render the marriage obligation when seriously asked?

The Seventh and Tenth Commandments

These commandments forbid: robbery and burglary, graft, bribes, stealing and damaging the property of others. These commandments forbid not merely stealing but every type of dishonest dealing, such as, cheating, unjust keeping of what belongs to others, unjust damage to property of others, graft on the part of public officials. These commandments are also violated by merchants who use false weights, measures, who make exorbitant profits or lie about the essential qualities of their goods; by those who obtain money from others by persuading them to make unsound investments with the assurance of gain; by those who knowingly pass counterfeit money, or take undue advantage of the ignorance or necessity of another; by employers who defraud laborers; by employees who waste time during working hours, perform careless work or neglect to take reasonable care of the property of their employers; by employers who charge customers exorbitant prices; by those who do not return what they borrowed; by running up a charge account and not paying it; not returning found articles; selling articles with hidden defects for the usual price; not paying one's bills; by depriving one's family of necessities by gambling, drinking or foolish spending. Have you stolen or retained ill-gotten goods? Damaged or wasted the property of others? Accepted bribes? Neglected to make restitution, or to help the poor? Have you desired the goods of others? Squandered their goods? As a parent, have you taught your children a strict sense of honesty and justice, punishing any slight theft or deceit? Have you sinned in any way mentioned above?

This commandment forbids: lies, calumny, detraction, perjury, unjust and unnecessary criticism, fault-finding, gossip, backbiting, insults, rash judgment, the telling of secrets one is bound to keep, cheating, tale-bearing. Have you borne false witness for or against another? Been guilty of detraction, flattery, hypocrisy, lying, rash judgment? Have you entertained unkind thoughts of others? Have you harboured suspicions, nursed resentments, refused to forgive others when they expressed their contrition? Have you spread unkind remarks others make to you? Do you discuss the faults of your parents, wife, husband, children with others who have no business knowing anything about them? At home are you given to nagging, complaining, arguing, refusing to talk, calling names, petty quarrelling? Have you brought any harm to your neighbour and have you tried to repair it, as far as you were able? Have you tried to destroy the good work performed by another, or to hinder it seriously? Have you been sensitive, hurt, cool, thoughtless with others?

AGAINST THE PRECEPTS OF THE CHURCH

OBLIGATIONS OF ONE'S STATE IN LIFE

Have you disobeyed your parents? Have you caused them to be angry? Have you grieved them? Used insulting language to them? Kept or wasted your wages you should have given them for their support? Incited your brothers and sisters or others against them? Neglected to write them or send them help? Neglected them in sickness and death?

Have you grieved, abused, struck your wife, or accused her wrongfully? Have you neglected to provide for your family? Given your children bad example? Failed to correct their faults? Have you interfered with their religious vocation?